A wave of beauty, reflected in the blossoms of wildflowers, slowly surges up the San Juans from the spring through the summer.

The San Juan Mountains are home to over 150 species of wildflowers, many of which can be found in high mountain meadows. These species include native columbine, Indian paintbrush, forget-me-nots, old man of the mountain, sneezeweed, larkspur, lupine, harebell, bluebells, and monkshood.

The best place to see a spectacular show of wildflowers is American Basin, where the flowers are usually in full bloom by mid-July. Hikes with stunning fields of wildflowers include Wetterhorn Basin, Cataract Gulch, Cooper Creek, Grizzly Gulch and Big Blue. The Visitor Center has more information on wildflowers and specific hikes.

The native blue columbine is Colorado’s state flower. Yellow stamens are surrounded by white cupped petals and framed by graceful blue sepals which terminate in long spurs.  It is a well-recognized flower that is abundant in mountain valleys often growing in rocky areas. It flowers in July, earlier than a lot of other wildflowers.

Sneezeweed is a perennial sunflower type plant that grows in the high country where there are deep soils. It is so named because it causes respiratory illness in sheep.  It is not toxic to them but causes them to sneeze so bad often die.

Old Man of the Mountains

This happy low growing sunflower of the high alpine areas has a very large flower for alpine plants, about 4 inches across. It always faces the sun and grows on windblown ridges.  Also called wormwood.  It is the little plant with the big head.

The Evening Primrose is a large white flower that grows near ground level. It blossoms in the evening and lasts overnight. The petals drop by mid-morning the next day. It frequently grows along roadsides in disturbed soils.

This genus has several different species in this area. Generally, they are tall plants with long blue to purple or red tubular flowers. They grow in sagebrush country into the high country. The shorter Penstemon species grow in the alpine area while the taller ones are common in the lower, sagebrush areas.

This small relative of the cultivated geranium grows in many places near timberline. The leaves turn bright red in the fall.

Often called Prairie Smoke, this pinkish flower has many errant parts of sepals and leaves that uniquely resemble whiskers. In the summer, after blooming, the seeds have long feathery plumes.

Bluebells were so named because of the similarity to little bells that are blue. They often grow in large clumps in the high country, especially in deeper soils where there is abundant moisture.  American Basin and Animas Forks are typical locations.

The late-season bloomer likes wet soil and sports a deep blue twisted flower. A close cousin is artic gentian which is a creamy white with lavender streaks in the flower.

Look closely and this little plant! Bright magenta elephants cluster along one main stalk. Elephants, you say?  Yes, the broad forehead is flanked by long ears on either side and a trunk reaches out to greet you. This bright plant grows in very wet areas at high altitude.   American Basin has several samples as does the base of Engineer Pass.

This deep-red, flat-topped flower grows in high elevation and resembles the crown of royalty. It is smaller and less showy than its counterpart the pink Queen’s Crown or Rose Crown.

The common sedum plant is short plants with star-like yellow flowers sticking up around 4 inches. They are common in the lower areas around Lake City, like on the ski hill.  These tough little plants often grow on rocks or in very rocky areas.

This bright magenta flower grows in clusters and is one of the first plants to regenerate after a fire. Magenta spikes spring up above the cluster and point skyward.

There are several different varieties of this native wildflower. Short larkspur contains toxins that are poisonous to livestock depending on when it is grazed. Tall Larkspur, at high altitude, does not cause problems with grazing animals. American Basin has abundant tall larkspur that moves into full bloom just as the columbines start to decline.

This bright flower comes in yellow to orange to red colors and is found in the sagebrush country below Lake City and up in American Basin. One species of this is Wyoming’s state flower. This aptly named plant is actually a parasite that grows on sagebrush roots.

Parry’s Primrose is one of the earliest blooming and brightest flowers of high altitude in marshy areas. Its brilliant magenta color is not easily overlooked. Find it in very wet areas such as just below the top of Cinnamon Pass. 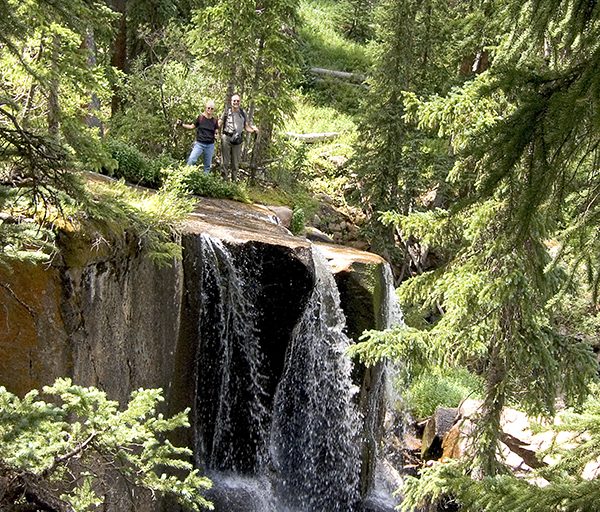 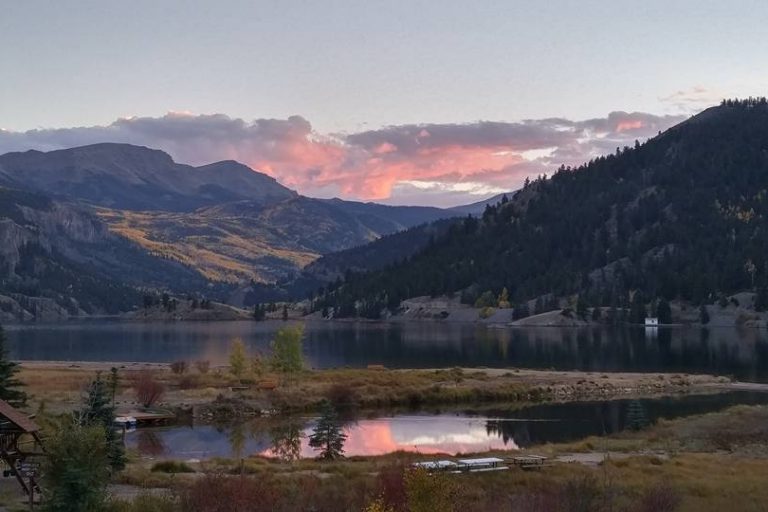 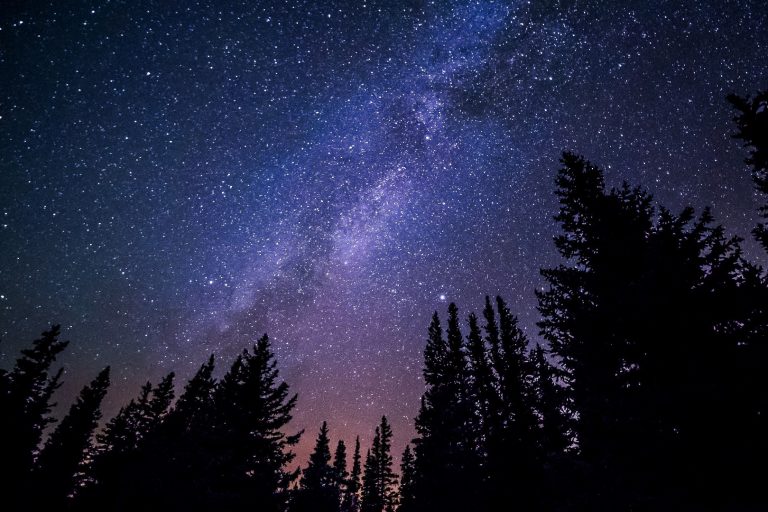