These roads were originally paths used by Native Americans crossing the region. In the 1880s, these trails were widened and used to access mines. Today, the Alpine Loop is an avenue for exploring nature and history amidst thrilling views and stunning geography.

For official Town of Lake City and Hinsdale County OHV rules and regulations, please contact the Lake City Chamber of Commerce at 970-944-2527.

Portions of this road are not paved and require a four-wheel drive, high clearance vehicle. The Alpine Loop has narrow twists and blind curves. Please follow these courtesy rules:

The following points of interest are in order from Cinnamon Pass to Engineer Pass.  Drivers looking for a more thrilling experience can venture to Poughkeepsie Pass, Black Bear Pass, and Imogene Pass. These passes are for experienced 4×4 drivers only.

Considered one of the best preserved historic mining camps in Colorado, Carson is well worth the trek up Wager Gulch.

Get a bird’s eye view of the once  bustling city that serviced the profitable Black Wonder Mine. Also keep an eye out for bighorn sheep, as they are known to frequent the rocks around the overlook.

In a space of a few miles, at least six towns once existed here during the height of mining in the San Juans. Historic buildings at the trailheads of Handies, Redcloud and Sunshine Peaks have been restored.

American Basin, one of the most photographed places in Colorado, is located about a mile east of the summit of Cinnamon Pass. American Basin is home to a spectacular show of wildflowers each July, though some flowers bloom earlier in the summer. Species include larkspur, lupine, old man of the mountain, Indian paintbrush, monkshood and native columbine. The flowers usually peak mid-July. To keep this display for all visitors, please do not pick the flowers and walk only on the road and trails.

Animas translates to spirit or ghost and visitors will sense the spirits of the old miners who worked this area in days gone by.  This old mining town has a number of well preserved buildings and serves as a junction for several four-wheel drive roads.

Located just south of the summit of Engineer Pass, this point of interest isn’t for the faint of heart.  Those willing to drive out on the point will be rewarded with a breathtaking panoramic view of the surrounding wilderness.

Once forty-four feet in height, remnants of this kiln stand alone along the road to Engineer Pass. Built in 1881 to produce an ash-free lime, it is listed in the National Register of Historic Places. The kiln stood intact until 2019, when it was hit by an avalanche.

Tucked back almost beneath the road, Henson Creek is choked into a tight column of water that thunders through the falls.  Steps have been placed to allow easier access to a safe viewing platform and a great photo opportunity.

Named because its founder had high hopes of the town becoming the capital of Colorado, this ghost town sits at the confluence of Henson Creek and North Henson Creek.

This steep, rugged four-wheel drive road passes a beautiful 2-tier waterfall as it leads to the trailhead for Uncompahgre Peak.

Ute Ulay Mine and Mill

A number of original mines and mill buildings remain at this site, which also includes informational signs and a picturesque view of Henson Creek. Power for the mine was supplied by a 118 foot high dam on Henson Creek below the town. While here, check out the self-guided, interpretive walking trail.

Connected to Lake City not only by Cinnamon Pass but also by a rich mining history, Silverton was founded in 1873, a year before Lake City. The heyday of mining in Silverton brought a population explosion, new businesses and the tawdry side of the mining boom: the notorious red light district on Blair Street. More info at www.silverton.com.

Named for perhaps the most famous Ute leader, Chief Ouray, this mountain town is nicknamed the “Switzerland of America.” Incorporated in 1876, Ouray is another example of a town that finds its roots in precious metal mining. More info at www.ouray.com

Passes of the Alpine Loop

At an elevation of 12,620 feet, Cinnamon Pass offers breathtaking views of the alpine tundra and high mountain peaks.

The summit of this 12,650 foot pass is located on the Continental Divide and is a gateway to Lost Trail Creek and Kite Lake. The road travels through Pole Creek, which is often too high to cross in the early summer.

From the top of this 12,407 foot pass, riders are rewarded with a beautiful view of Lake Como. This pass is accessed from Corkscrew Gulch and California Gulch.

Please note that OHVs and unlicensed motorcycles cannot be driven into the town limits of Ouray. Silverton is now allowing OHVs into the downtown area via a designated route. All OHVs and unlicensed motorcycles must have Colorado resident or non-resident registration and liability insurance. While riding, please be courteous to others and obey all speed limits and regulations. 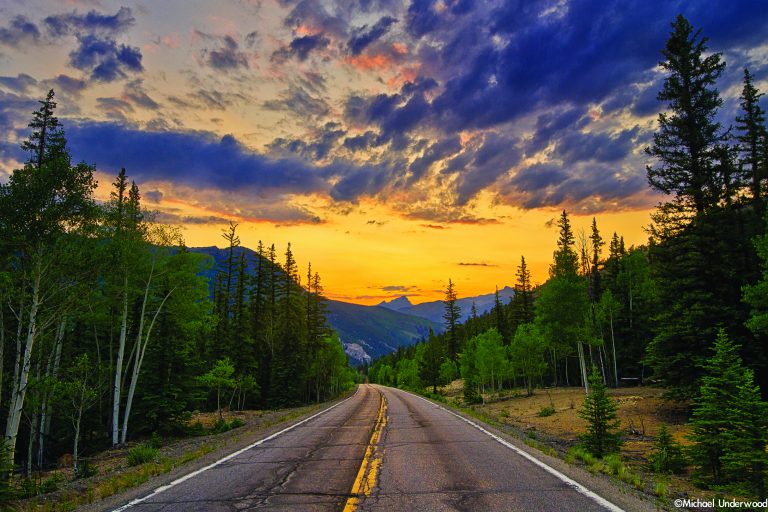 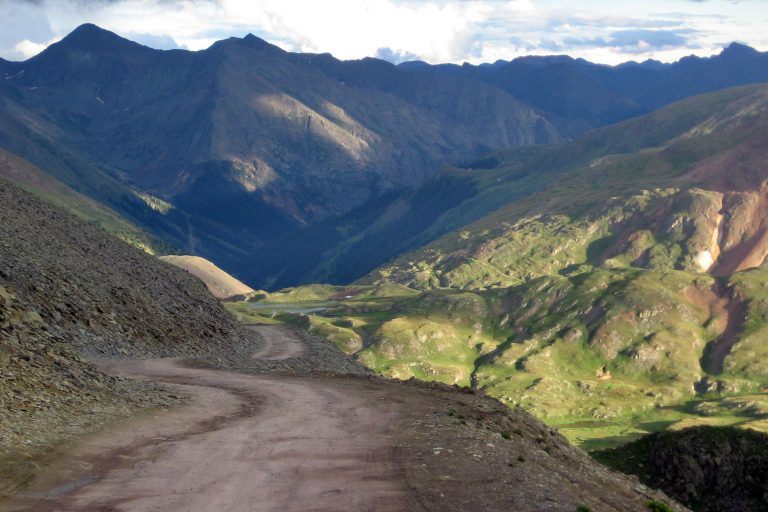 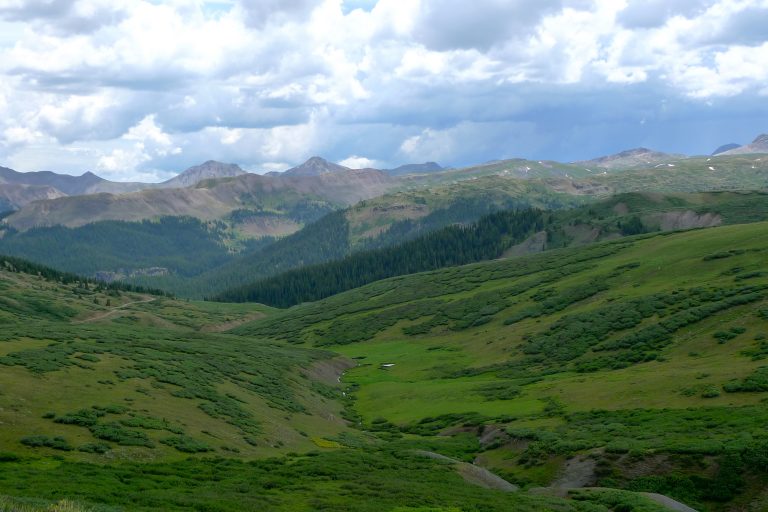 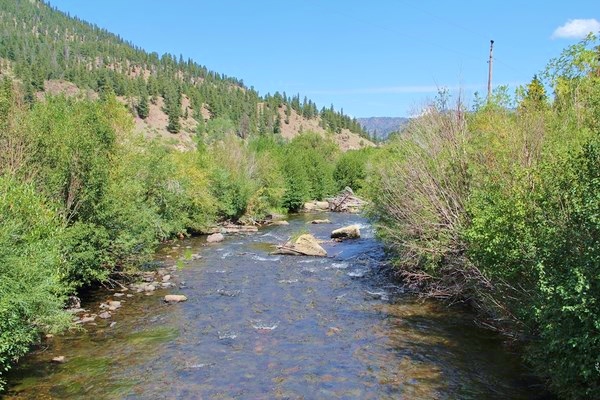