Hinsdale County and its historic town of Lake City… Well worth discovering and visiting over and over again.

Born of volcanic fire, but shaped primarily by glacial ice, the San Juans make up the largest mountain range in Colorado. They encompass an area comparable in size to Rhode Island, Connecticut, and Massachusetts combined, covering about 12,000 square miles of Colorado’s awe-inspiring “southwest.”

Information gleaned from various archaeological surveys and studies has revealed that resources of the area were being used by humans as early as 12,000 years ago. Artifacts found at an excavated site approximately nine miles north of Lake City indicate cultural activity beginning 8,700 years. Seasonal hunting and gathering ventures in the Lake Fork Region are believed to have continued off-and-on from that time, with the presence of the Utes actually documented by European explorers in the 17th century.

Because Native Americans did not record their history in writing, it is not known exactly when the Utes arrived in southwestern Colorado. It is known that their domain was extensive and included the San Luis Valley and the San Juan Mountains. The San Juans were not only considered bountiful hunting grounds but were also a refuge from marauding tribes, such as the Apache and the Plains Indians.

By 1868, the Ute presence in the San Luis Valley (Colorado Territory) was considered an undesirable barrier to the development of the area by the United States. Thinking it possible to prevent growing hostilities between the Utes and the Americans, Chief Ouray, leader of the large Tabeguache tribe, and his friend Kit Carson fostered the Kit Carson Treaty, which was ratified in 1869. Terms of this treaty moved the Utes from the San Luis Valley to approximately sixteen million acres on the western side of the Continental Divide. However, the government’s growing desire to remove the Utes entirely from the mineral-rich San Juans was realized in 1873 with the signing of the Brunot Treaty.

Even before the ratification of the treaty, prospectors who had found mineral deposits while the land was still under Ute control returned to file claims and settle in Hinsdale County, which was formed on February 20, 1874, from parts of Costilla, Conejos, and Lake Counties and originally included present-day Mineral County. In August of 1874, Enos Hotchkiss built the first documented structure on the present site of Lake City after filing the Hotchkiss claim (Golden Fleece) with Henry Finley and D. P. Church.

Reacting to news of the Hotchkiss discovery, prospectors and speculators flooded to the area, and on February 23, 1875, the county seat of Hinsdale was moved to the swiftly growing community of Lake City. On August 16, 1875, the townsite of Lake City was incorporated and quickly became a supply hub and smelting center for individual prospectors and mining operations in the region.

Initially, all San Juan mining claims had to be filed at the land office located in Lake City. The area developed so quickly that in just a few years, more than 500 structures had been built and many “firsts” for the Western Slope of Colorado occurred. Experiencing both ups and downs, the mining industry and the population of Lake City and Hinsdale County peaked around 1900. Over the next decades, however, mining activity decreased, as did the number of people claiming Hinsdale as their year-round residence.

While, mineral production around Lake City continues, the resources that are proving to be the mainstay of Hinsdale County are its pristine beauty, its diverse recreational opportunities, its down-home hospitality, and a well-preserved history that is highly visible in the Lake City National Historic District, at the Hinsdale County Museum, and along the Silver Thread and Alpine Loop byways.

August 27, 1871: Harry Henson and three others discovered the Ute-Ulay vein located about five miles upstream from the mouth of present-day Henson Creek.

February 1874: Hinsdale County was formed from parts of Costilla, Conejos, and Lake Counties, and, at the time, included present-day Mineral County. The original county seat was San Juan City (known today as Dabney’s), located in Antelope Park about twenty miles above present-day Creede.

February or March 1874: A prospecting party of six men, one of which was Alferd Packer, camped along the Lake Fork of the Gunnison and around Lake San Cristobal. Five of the party met their demise.

August 1874: Enos Hotchkiss, working on Otto Mears’ Saguache and San Juan Toll Road, came across promising mineral veins while in the Lake San Cristobal area. After filing the Hotchkiss (Golden Fleece) claim, Hotchkiss traveled four miles down the Lake Fork of the Gunnison River and built the first structure on the present site of Lake City.

August 20, 1874: The skeletons of five men were discovered at the foot of a steep bluff near the banks of the Lake Fork of the Gunnison River (now known as Dead Man’s Gulch) by John A. Randolph, an artist on a sketching tour for Harper’s Weekly Magazine. The remains were identified as Israel Swan, Frank Miller, George Noon, James Humphrey, and Frank Bell – the ill-fated companions of Alferd Packer.

August 22, 1874: Hinsdale County Coroner appeared before Justice of the Peace Orlando A. Mesler at San Juan City, the provisional seat of Hinsdale County, and obtained a warrant for the arrest of Packer “dead or alive” that was directed to the sheriff of the county.

August 16, 1875: The townsite of Lake City was officially incorporated.

June 17, 1876: The Hinsdale County Bank, the first banking institution on the Western Slope, opened its doors on Silver Street.

July 9, 1876: The first Baptist service was conducted at a house in Lake City. The Baptist church was built in 1891 on Bluff Street and was dedicated January 17, 1892.

November 29, 1876: Lake City Presbyterian Church, the first church on the Western Slope, was dedicated. Reverend George M. Darley built the church. In 1879, he built the adjoining manse, the first home for a minister in Western Colorado.

April 27, 1882: Lake City’s first and only lynching occurred on the old Ocean Wave Bridge. George Betts and James Browning, owners of a Bluff Street saloon and brothel, were hanged for the murder of Sheriff E. N. Campbell.

Mid-1978: The Lake City Historic District was placed on the National Register of Historic Places in recognition of its significant contribution to the heritage of the State of Colorado. 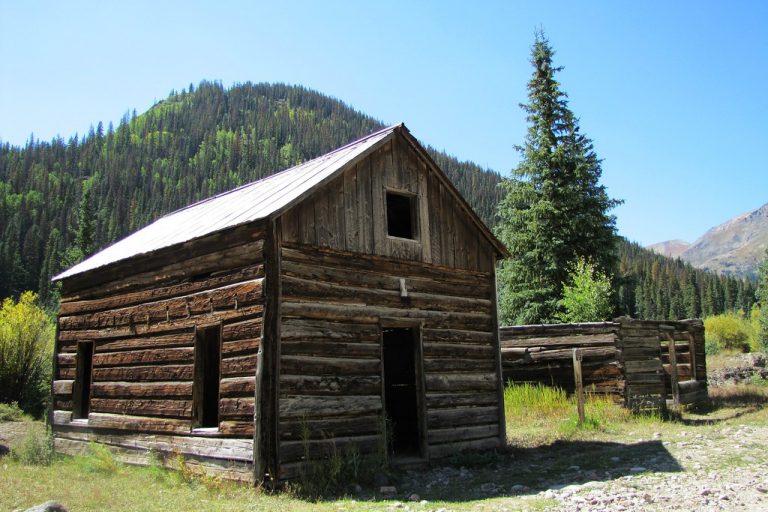